by QWOC Media Wire in The Gender Spectrum with 0 Comments

Here’s one thing you probably know about “don’t ask, don’t tell,” the Pentagon policy on gays and lesbians in the military. As my colleague Patricia Murphy reports, a bill to dismantle this outdated policy is wending its way through Congress.

Here’s one thing you probably don’t know about the 17-year-old law that says, essentially, gays and lesbians can remain in the military as long as no one knows they are gay:

The ban has disproportionately affected minorities and women. The latest data, compiled by the gay rights group Servicemembers United from Defense Department numbers, show that in 2008, minorities made up 45 percent of troops discharged under “don’t ask, don’t tell,” while minorities were 30 percent of the service. Women accounted for 34 percent of the discharges but comprised 14 percent of the military.

USA Today, reporting the study, contacted Pentagon spokeswoman Cynthia Smith who said the military does not know why there is a disproportionate number of discharges for minorities and women and, under the ban, can’t look into the question.

Nonetheless, I was shocked to find out that service women are more than twice as likely to be discharged under DADT, based on the Servicemembers United’s numbers crunching. And for persons of color, the rate is 1.5 percent. Our armed services are not yet gender-blind or color-blind, although it is a goal the services are working hard to meet. But I am still curious as to why the discharge rate is so disproportionately high for women. I posed the question to Servicemembers United Executive Director J. Alexander Nicholson III, and he responded this way:

“Ultimately we do not know exactly why women are disproportionately impacted by the ‘don’t ask, don’t tell’ law, but we do know that this law is often used as a tool for sexual harassment against women and sometimes even a tool to enable sexual assault. Often times women are accused of being lesbians if they do not succumb to the sexual advances or the romantic interests of others, and this sometimes leads to unfair targeting of women under ‘don’t ask, don’t tell.’ It should also be noted that racial and ethnic minorities are disproportionately discharged under ‘don’t ask, don’t tell.’ All of these facts fly in the face of the claims that this law is working. A law that impacts women, and especially women of color, at twice the rate of their presence in the military is clearly not working.”

So let me get this, er, straight — servicemen threaten servicewomen with “outing” them as lesbians unless they succumb to the men’s sexual advances? What kind of “Through the Looking Glass” parallel universe have the Armed Forces become under DADT? And why is our volunteer, body-strapped military firing otherwise perfectly credentialed soldiers because they happen to be gay or lesbian? The question was debated last week on the House floor as members voted to approve the legislation that could ultimately dismantle DADT. The movement to end DADT comes at a time when the military is having an especially hard time filling critical slots in the armed services:

House Majority Leader Steny Hoyer said that of the 13,500 members of the military who have been discharged under “don’t ask, don’t tell,” more than 1,000 filled critical occupations, such as engineers and interpreters.

Despite this, passage of a similar bill will face opposition when it goes before the Senate later this month.

My life experience teaches me the persons most threatened by the presence of gays and lesbians are people who feel threatened in some way by their own sexuality. Instead of supporting an archaic law that deprives the armed services of critical force members, why don’t Sen. John McCain (R-Ariz.) and other senators opposed to repealing DADT sponsor a mass therapy session for service members threatened by gay and lesbian colleagues? Obviously, that will never happen. But it would be nice if macho military men could get over their fears of serving with gay men and women. I guess facing their own psychological demons head on, even in our enlightened age, might be too much for them.

Look for a blog post on this later on in the week! 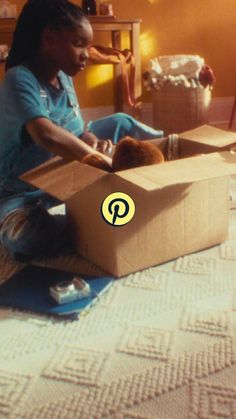