Taryn Lee Crenshaw is a visionary documentary filmmaker/photographer who transformed her realm of thinking after moving to Atlanta, GA to attend Spelman College. It was there, within the Women’s Research and Resource Center, where she embraced activism fully and served as the president of Afrekete, the campus’ LGBTQ organization. I sat down with Taryn in her living room, also the hub for many late night creative sessions, to discuss her all female artist collective, Esoteric Lore, and her aspirations as a queer artist of color.

What experience ignited your artistic endeavors?

There was an impetus for change and action that lead me to calling myself an artist. And that sparked with the creation of “No Hetero:Disrupting the Hegemony,” which is a documentary that looks at homophobia in the Black communities at Spelman and Morehouse Colleges. The production of the film helped me realize art is a powerful tool that can be used to address critical issues. Later, that realization led me to produce It’s Just Me, a documentary photography series highlighting the lives of queer women of color in Amsterdam.

Ultimately, what do you strive to accomplish in your work?

I feel that the work that I do and my placement on this planet essentially is to educate people through the arts exposing realities that are traditionally marginalized or not necessarily emphasized in mainstream culture and media, and create space that is loving, healing, and celebratory in and around art and education.

Who or what has been the most influential in your progression as a queer artist of color?

My experiences at Spelman College, Faith Ringgold’s story and work, and of course, Audre Lorde, whom I consider one of my intellectual and spiritual mothers. All have helped build my awareness and also my appreciation for the Black woman and also the Black queer woman.

How does your identity as a queer woman of color shape your work? Is this something you strive for or does this happen organically?

Yes. I was drawn to making “No Hetero” because of the experience of exclusion I was having on Spelman’s campus. And I was drawn to doing It’s Just Me in Amsterdam because I was fascinated by the international cross cultural experience of what it means to be a person of color and have conflicts inside with gender and sexuality formations and the ways we perform them.

As a multifaceted artist, do you incorporate other forms of art into your visual work?

Yeah that’s actually where Esoteric Lore comes in. I can’t draw for the life of me, nor do I paint. So I reached out to other artists that do those things, and then together we operate as a force.

Speaking of the collective to which you belong, what inspired the name, Esoteric Lore?

The idea was sparked in 2008 in a Black Female Body course I took at Spelman. As I learned about the rather exploitative history of the Black female body, I thought “How can this material be presented to the masses in such a way that is easy to understand for someone who isn’t necessarily a Black female?”

The collective came to fruition in 2010 when Faatimah Stevens, one of the founding artists, came up with the name, Esoteric Lore. It’s like we are the few that understand the beauty of the Black woman and we are charging ourselves with the responsibility to let the masses know, but then it’s a play [on words] because this shouldn’t be esoteric. This should be something that’s widely known, whether you get it or don’t get it, whether you agree or don’t agree, or whether you identify or don’t identify. You should still know the beauty of the Black woman, the way that we know the power of the white man. It shouldn’t be esoteric but it is. And in this manner, we’re using art to translate these messages to you, similar to a folklore.

Everyone in Esoteric Lore seems to be working on various individual projects, what are your hopes for the collective?

Large scale, I see Esoteric Lore becoming an institution that educates people, focusing on the young Black female generation, and combating what they experience and see in the media. And also an archival space for artwork created by women of color. Currently, we are looking for a space for another exhibition in the fall and maintaining a presence online and in the community that lets people know we’re invested in these critical conversations, nationally and internationally.

Would you say Esoteric Lore is the visual granddaughter of the Combahee River Collective or other feminist movements?

I would say yes. Feminism for me is rooted in the acknowledgment of truth and a driven spirit to speak to it. We live in a generation where things that are the most left field, none intellectual and none spiritually feeding receive recognition and clout. So being apart of this generation, using the ‘visual’ is the best way to invoke deeply intellectual and spiritual conversations around an important subject. We can’t simply be in just text anymore, or solely visual, we must be in all these different forms so that the message can seep through the cracks of illusion that exist.

Our last exhibition, we hosted 6 community events in the gallery allowing the community to see the intersections between prose, poetry, and music, while sitting amongst our art. So for me Esoteric Lore is an experience because we want to remind you that all these things are connected and we also want to remind you to take responsibility for your own senses. Your senses have to be filtered, your senses have to be cleansed, and we’ll be that cleaning agent for you, if you let us.

Would you describe Atlanta as a creative hub other artists should consider?

Totally. Atlanta is a small big town. Its big enough to have a presence on a greater national map in terms of the art and music scene. But its small enough to be able to generate a network to showcase in a gallery, or have shows. And I prefer developing as an artist here because I’ve had opportunities that I wouldn’t have had if I were in New York or in LA.

Find out more about Taryn and the other members of Esoteric Lore at http://esotericlore.org/. 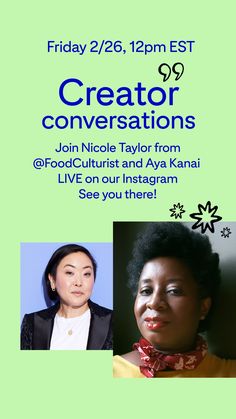