by Nitra Wisdom in Family & Parenting, Love & Relationships with 13 Comments

I want to spend the rest of my life with a woman. I’ve been through enough to know that much. But I’m starting to doubt that it’s going to happen. I know dating is hard in the Black lesbian community, and yes, I know – I’m young, I’ve got time. But I’m ready… and impatient.

I’m a newbie. I ‘ve been out for no longer than 4 years; I’ve been in a relationship with four women and I am sick of dating. I’m ready to settle down with the woman that is right for my journey. I don’t know what I’m going through right now, with these faulty, short-lived relationships I’ve been having. Out of my four girlfriends, three of them were five months long. I know that’s like two years in the lesbian community, but I’m too old for that. The longest was a year, and it was long distance, so really it was about 4 months total. Lord I loved that woman. Took me a damn year to get over her to the point where I could just date someone else without making comparisons.

Okay, look – yes, I’m the common denominator. I realize this. I’m picky. I’ve gone from having too little standards to having too many. I once wrote out a list of what I wanted in a woman and was teased; one person said I wrote a novel (it was one page long – in paragraph form, but so what). Another said I was looking for myself. My response to that was that I don’t ask for what I can’t bring to the table. It’s not like I wanted someone who made six figures or had perfect white teeth. I didn’t even ask for someone with impeccable style with the same size clothes and shoes as me so I could double my wardrobe.

Is it too much to ask for a woman to have a strong sense of self (without being arrogant)? Someone who is consistently and consciously moving toward inner peace and self-evolution?

I love women. I love our complexities; I love that we allow ourselves to feel. The socialization of women to be more vocal about their emotional journeys more closely aligns us with Nature, and I’m a tree-hugging nature-freak-hippie.

For me, Black women are by far the cream of the crop – the most beautiful, intelligent, fortitudinal (is that a word? Who cares, I LOVE it!) women in the world. Everyone wants to either be us or be with us, but not carry our burden – cue Papa Peachez (self-proclaimed “big black woman trapped in a little boy’s body”), Kim Kardashian’s obsession with black men, and Alexander Wang’s use of MadTV’s racist black women stereotype, “Bon Qui Qui.”

But regardless of how mainstream society besmirches us, black women are the beginning; everything that is, came through us. Instead of making peace with that fact, develop severe irrational feelings of inferiority. So to make up for it, the privileged and unenlightened feed their envious, empty egos by dishonoring us. Some of us deal with this dishonoring better than others. We’re more capable of deflecting, letting it roll down our backs, because we’ve done the healing work.

Unfortunately – and understandably, some of us internalize society’s disdain for black women’s bodies until it turns into a fetid, rotting tumor. After millenniums of denigration, disrespect and emotional, psychological, spiritual and physical torture, how can you not?

Now throw being queer on top of that, and we carry a heavy load–queer black women are a lot to handle. Thus, dealing with my own baggage, and then trying to help my partner unpack hers without putting it in my own closet, so to speak, is quite a struggle.

In order for queer black women to really love, there needs to be some pro-active emotional, spiritual, psychological healing in our community, some internal reconstruction.

Too many of us are trying to perfect the outside while our insides are a mess. Audre Lorde said, ““Caring for myself is not self-indulgence, it is self-preservation, and that is an act of political warfare.” There has been a resurgence of “self-care” in our community. We have begun to value rest, exercise, and healthy eating. We realize, now, that it’s not just about pedicures and girls’ nights, but that we must go deeper. We must deal with our insecurities, our vulnerabilities, our fragile, insatiable egos.

Frankly, I’m tired of mothering. I have two kids: 14 and 3. They wear me out, emotionally, physically and mentally. Sometimes, I don’t even feel like being their mother. Isn’t my woman supposed to be my refuge from all of that? I want to be a lover, friend, confidant, everything but mom. I thought I was done mothering my partners when I stopped dating men. (There’s that common denominator again.)

Fuck, I’m insane. Maybe I should just stay single. But Lord knows this pillow aint enough on those REALLY lonely nights. Somebody send me a bottle of red wine, a therapist, and Kerry Washington (or Bette Porter).

Nitra WisdomNitra is a self-described queer introverted bibliophile who is prone to random daydreaming. Her favorite things in life are music, the ocean, red wine and her red pen - necessary tools for her proofreading and copy editing business. She is a black femme mother of two womanists-in-training, who loves to sing, edit, act, shop for vintage dresses and surround herself with art. Visit her website at wiseedits.wordpress.com.View all posts by Nitra Wisdom → 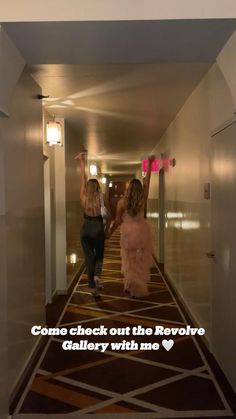