Studology 101, created by lesbian of color duo, Pookz and DZ, is a “movement to eliminate discrimination through education.” Their weapon of choice? YouTube.

The Studology 101 YouTube channel boasts over 28,000 subscribers and 153 short videos, each starring Pookz and DZ, leverage the popular video-sharing platform to explore and discuss the daily lives of “studs” (a term typically used to describe women of color who are masculine of center.). Their goal is to educate the general population on the experiences faced by masculine women of color and stir dialogue around sometimes taboo issues in queer women of color communities.

One of their most recent videos, titled “Bisexual Studs” came to our attention via a Facebook share. The video depicts what happens when a stud reveals to her long time “bro friend” that she is dating a man. Excited to facilitate a conversation on the rarely explored topic, we posted the YouTube video on QWOC Media Wire’s Facebook page and received a ton of responses,

One such comment came from Nikki Lopez, a Latina  queer, masculine of center woman who is a DJ and community organizer based in Philadelphia, PA. Here Nikki elaborates on her reaction to the video, including its potential to instigate powerful conversations, but how we must be careful about how the conversation about queerness and bisexuality is shaped.

Nikki’s Thoughts: “Hyper-Masculinity and Invisibility of Bisexuality in Stud Culture”

“Initially, I was torn with this video. I have loved the work that studology 101 has done in the past. I herald them as trailblazers when it comes to showcasing media that’s cutting edge and against the waves of mainstream, especially as two masculine of center women, who love women. I commend the video for raising the topic of bisexuality which is never talked about in our communities. But I was disappointed to find the video merely scratched the surface. 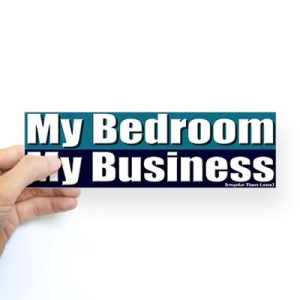 A lot of the language around accepting bisexual studs that’s used in this video is the same language I hear when people speak about accepting homosexuality “if a stud wants to date a dude too, that’s a personal choice- I mean I’m not gonna judge you for it….what you do in your bedroom is your business.” The same idea that sexuality is only tolerated because it’s none of our business what folks do in their bedrooms.

But it is our business, because how we as a community talk around this issue has very real effects. Real life repercussions happen in public. Imagine a stud walking in with her man to chill with her crew- of course there are going to be VERY real reactions.

In the video, it was clear a sense of loyalty, or “brotherhood” was lost when the actor finally comes out as dating the man who called her phone. There was even a hint of disgust when the actor pleaded to the friend she came out to “you can’t accept I’m trying to be myself” and was responded to in quick bravado “nope sure can’t”. While this act is scripted, I’m sure it has happened in any one of our living rooms.

[pullquote3 quotes=”true” variation=”hotpink” textColor=”#000000″]How can bisexual studs, truly exist or be accepted, in a culture (stud culture) that models itself around performing hyper-masculinity? [/pullquote3]

We heard the “bros before hoes” mantra sung in unison among the “brothers”  in the video – a collective expression of masculinity that unites the crew, especially when discussing other women. Is some form of masculinity altered  or not valid now that one of the brothers is dating a man?

Apparently the rule is: Masculine folks date feminine women. But where have we heard this before? “Men date women, Males date females, that other ish is gay.”  By not accepting bisexual studs, or talking about them bisexuals in general as only being tolerated behind closed doors (much like homophobic people do about gay people) we deny bisexuality, we deny our brothers and sisters their existence–we erase them in public… in  bars, in social spaces, and ultimately, important discussions around advocacy and public policy.

After watching this video, I was reminded why I choose queer to identify myself. I choose this term because claiming it, and saying it out loud -“queer”- tells you nothing about it me. It invites you to explore more, ask questions and not always take what you see in front of you at face value. It’s not a term for everyone, but for me it’s a way to exist in a world where I’m not constantly stuck in a label, box or category. I can breathe. I can be seen, fully and wholly as a person, not just another letter that fits neatly into the boxes of LGBT identity.”

Check out the video yourself here:
https://www.youtube.com/watch?feature=player_embedded&v=Lys628JuMuA

In light of this critique, I also echo Nikki’s sentiments about crediting the ways Studology 101 has (and is still using) media to begin critical conversations within the queer women of color community. But, is simply beginning the conversation enough?

Do you agree with Nikki’s observations above? Have you seen/experienced instances similar to the scenario enacted in the video? What makes bisexuality from masculine woman of color such a taboo?

NOTE: Before white people chime in about how this doesn’t just affect queer people of color (QPOC), please respect that this space is dedicated to exploring issues from a QPOC perspective. We welcome comments and engagement as long as it doesn’t attempt a universalist/white-centering of the conversation we’re attempting to facilitate here.