Coming Out to Cab Drivers — A Necessary Risk 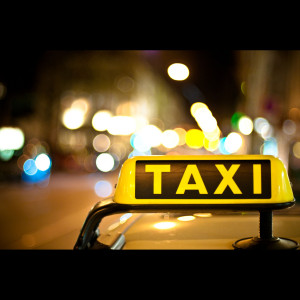 Several days ago, I found myself on a taxi ride home, engaging in conversation with the driver about blacks and education. He asked whether or not I was in college; I told him I was and he proceeded to clap, thanking me for doing something for blacks “across the world.” He was a Native Haitian and had apparently seen his share of racial inequalities, stemming from poor education and lack of opportunities. As we continued to talk, he told me of his own children and their educational accomplishments, explaining to me that I had a responsibility to both my parents and my race to make something of myself.

This was, of course, a conversation I was used to and therefore allowed the man to preach to me (he was kind enough) and occasionally inserted my own brief and supplementary comments to his diatribe. Yet, in my own mind, I was awed at how quickly his confidence in my contribution would most likely subside if he knew I was not, as he most likely assumed, heterosexual.

During my high school years, I attended several conferences and scholarship ceremonies for black students, where the presenters immediately dove into discussions about God and somewhere along the line ended up speaking about how black men needed to treat black women with more respect and how black women needed to be there for their black men. What should have been an arena to recognize our achievements inevitably became a series of soapbox opportunities to discuss “issues within the black community” that we, the young people, needed to fix.

The issue, of course, with this presumed solidarity is the fact that, however unintentionally, it ignores the diversity that existed within our so-called community and potentially alienated those who did not necessarily identify with the presented issues. I cannot recall the amount of times I cringed when, at a scholarship ceremony sponsored by a black sorority, we (the young women) were encouraged to, in essence, keep our legs closed and focus on our studies, “no matter how cute that boy is.”

But what could’ve been done? Should I have stood up and announced to the auditorium that, contrary to popular belief, not everyone at the ceremony was heterosexual? Should I have told that taxi driver that I was a lesbian, just to clear up any misconceptions that he might have had?

Perhaps. Of course, the taxi driver didn’t ask or say anything in regards to my sexuality that would necessarily warrant a revelation about who I dated or slept with. There’s a good chance that he would have been confused as to why I brought it up, since it would have had nothing to do with the conversation at hand. Yet, due to previous experience, I couldn’t help but wonder. Indeed, it would have been encouraging if indifference were his response. But, what if it weren’t? What then?

So here’s the topic of the week: risks. The surpassing of “what if’s” for the satisfaction of an actual answer. The reason I didn’t inform the man of my sexuality, despite my curiosity toward his response, was not because it was none of his business. Indeed, I’m sure most of us justify the omission of that tidbit of information by saying that it “didn’t need to be said.” But let’s be honest: I didn’t bring it up because I was afraid to. Go ahead. Admit it. You were afraid too.

Many people are afraid to be honest with other people about who they are. This is no surprise and yes, I know, I’m preaching to the choir. But the problem is that a lot of people won’t admit that they’re afraid. Many people will simply say that they prefer to keep their personal lives private – which is fine. Many heterosexual people are the same way. Yet, what defines “personal” and “private?” A straight friend of mine may not want to give me the details of her relationship; maybe she doesn’t even like talking about her boyfriend or the guy she’s dating. But, I still know it’s a male. I’ve still gleaned from whatever little information she’s given me that she’s, if not straight, at least bi. That information isn’t “personal.” As we young kids like to say, “it’s whatever.” However, a queer person is far more likely to do back flips trying to avoid using gender-specific terms or even mentioning that they’re dating someone, for fear that it will give information as to their sexuality and invite unwanted questions, attention, personal attacks, or discomfort for both parties.

Nevertheless, I’ve realized that some risks can be good, whether helpful or simply liberating. In the case of the taxi driver, I could have risked our pleasant conversation for the sake of being true to myself. Though the man could have very well been indifferent, there’s a chance that he could also have simply grown silent. His praise toward my “accomplishments for the black community” (which is a personal issue that I will perhaps discuss later), he could have stopped talking, which would have made for a very unwelcoming atmosphere and a very uncomfortable ride home. But, so what? Just as he would have had the right to mention his wife in passing, so do I reserve the right to use the terms “she” and “her” and “my girlfriend” in everyday conversation without another person batting an eyelid. I would have risked the man’s respect for the right to be recognized for all of me, as opposed to part of me.

Of course, some would say it’s an unnecessary risk. Why bring it up at all? Why make a comfortable conversation uncomfortable? Why not just let it go? Well, because. You know, as well as I do, that no matter how comfortable the conversation may be, there’s a part of you that’s a little angry, a little sad, a little hurt, a little irritated, every time the other person mentions their significant other, or an ex, or a fling, and you just nod, smile, and change the subject. Yes, you may be out to a lot of people but, say this person is a business associate, or the deacon of your mother’s church. You don’t want to start “unnecessary conflict” just to be true to yourself, just so you can have the right to be equally open, honest, and comfortable. Right?

Well…I think we all know the answer to that. Yes, some situations may not be the safest, and I would advise against doing anything that makes you hyperventilate – but sometimes, it is okay to spice things up a bit. I say, next time your boss or associate or acquaintance mentions something cute and funny that his or her spouse did, follow up with an adorable story about your partner. Maybe they don’t want to hear about your “personal” life, but, you know what? Maybe you don’t want to hear about theirs either.