To be Loved or to be understood? The Struggle Between Culture and Sexuality

Five years ago I had a hysterectomy. It was a direct result of a women’s disease called endometriosis (www.endometriosis.org).

Three months after I had my hysterectomy, I went to New York City to visit my family. In conversation about how I was feeling and how much weight I’d lost, one of my cousins says, “Well, it’s not like you needed your parts, you’re a lesbian, you weren’t going to use them.” 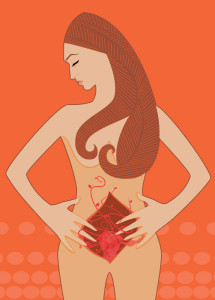 I have always wondered how I could begin to address my family so that they could understand queerness. At that moment I felt angry but I knew it was an opportunity to have an open conversation. So I said to her, “That’s very presumptuous of you. What makes you think lesbians don’t want to have children?” She stuttered, as she knew that I was going to engage her in a talk. My aunt quickly changed the conversation and gave me the look (that one you get as a kid when you know you shouldn’t say another word).  She was uncomfortable and out of cultural respect, I didn’t engage in further conversation about the comment. But I knew I had a pending talk with my cousin.

The conversation with my cousin never took place. That night I went to bed and I couldn’t sleep. I felt that I had somehow betrayed my queerness because I remained silent. But how can I have these conversations with my aunt? Culturally, I am expected to follow certain unspoken rules. And why didn’t I confront my cousin so that I could at least have the conversation with her?

I’ve always thought that the best way to show my family that being a lesbian is not the worst thing in the world was simply, to live my life openly and honestly.

A few days ago, I was on the phone with my mother talking about a current family issue when she said, “When you made the decision you made to be a lesbian…” I shut down immediately; didn’t even listen to anything else that she said and quite honestly, I didn’t care.

That night, I went to bed angry at myself because I had done it again; I remained silent. My relationship with my mother has never been a good one. I usually confront her on any and all issues. But culturally there are certain expectations that conflict with my natural desire to have these conversations (other times, I am just tired of trying).

There are so many myths about our queer lives that still exist in our Latin@ community; from queerness being a choice or a psychological disorder to us not wanting children and being possessed by demons. And we don’t talk about these issues because the cultural expectation (especially of our elders) is to not go against the grain.

I’ve always thought my family accepts me as I am. But the more I think about this, I wonder if there can be true acceptance if you don’t engage in heart to heart conversations. Can there be true acceptance if, when I bring someone home she is presented by my family as just a friend? Even though they would all know she is so much more than that. 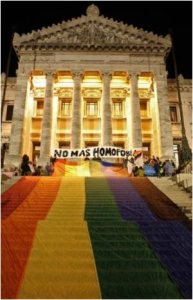 I can’t even begin the conversation because the bible will immediately come out along with traditional cultural expectations and I am just so tired of trying to create change in an unchangeable situation. And I don’t want to meet them half way because they are not even willing to take one step towards me. The reality is that, at the end of the day some things never change.

My family celebrates being Latina and being strong women but when I want to share and celebrate being a lesbian, it is dismissed and the conversations are not taking place because they’re not interested in knowing. They say, “We Love you and that is all that matters. We will continue to pray.”

Do I want to be Loved or do I want to be understood? Ideally, it would be both. But if I have to choose between one or the other, what is more important at this point in my life?

I’ve done my best to bring more light about my life to those around me so that they may see much more of me than the one thing that seems to keep them “at a distance” and unwilling to have real conversations. But I don’t want them to ignore that part either. In ignoring any part of me, you ignore all of me because my parts cannot be separated; you can’t separate the heart from the lungs and expect a body to function. You will also miss out on a real genuine connection that goes beyond the blood line that expects you to Love me just because we’re family.

Real Love encompasses understanding. One cannot live without the other.