In this short clip from an interview with Eunice Samuels, 85 (above), we hear about the Pink Panthers, a patrol group that responded to attacks on gay people.

Filmmaker Tiona McClodden and publisher Lisa Moore are currently working on a project known only as the Untitled Black Lesbian Elders Project (UBLEP).

UBLEP is a documentary film that will tell the stories of a group of senior Black lesbians, through interviews with women in their 60s, 70s, and 80s, giving a rare glimpse into the history of Black lesbians, which has so far gone untold.

UBLEP began as Lisa Moore’s master’s thesis in 2000. Nine years later, Tiona McClodden joined the project. UBLEP has gained much support, raising $12,000 in donations last year. Though the process of creating this film has stretched over a decade, McClodden and Moore appear to be making significant progress. A release date for the film is still unknown.

[pullquote2 quotes=”true” align=”center” cite=”Tiona McClodden”]The real solid history of our community and how we came to be is in the elder’s voices.[/pullquote2]

Via short profiles on the UBLEP website, we learn about Yyvone Husdon, a 75-year-old who is working to revive Sappho Socialites, an organization that was founded in 1969 for Black lesbian “studs” i.e. masculine-identified women and gender non-conforming people.

We also learn about Jewel Thais-Williams, 72, who founded and still owns the oldest continuously running gay Black nightclub in the United States. Despite generational divides and other ageing challenges, many of the women profiled continue to be active in LGBT rights. 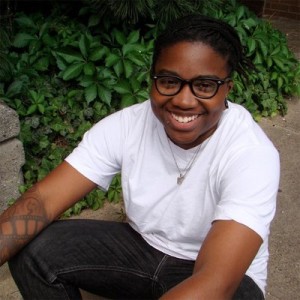 The Untitled Black Lesbian Elder Project is not McClodden’s first documentary. Her debut documentary was black./womyn: conversations with lesbians of African descent in which McClodden interviewed nearly 50 Black lesbians on the complexities of Black lesbian identity, including renowned activists and artists such as Cheryl Clarke, Aishah Shahidah Simmons, Staceyann Chin, and Hip-Hop Duo KIN. The film was awarded Best Documentary by the Philadelphia International Gay and Lesbian Film Festival in 2008.

In an interview, McClodden reveals that she created this film because of her own experiences as a Black lesbian, in order to “transport a portion of the Black lesbian community to places where we have not had the space to share our experiences via our own voice.” 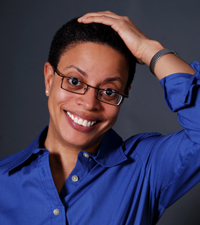 Lisa Moore’s work, though not in film, has made significant contributions to the vibrancy of black lesbian media. Moore is the founder of RedBone Press, which publishes and advocates for increased visibility of the work of LGBT writers of African descent. Moore edited the first book published by the Press, an anthology of black lesbian coming out stories entitled Does Your Mama Know? The anthology won two Lambda Literary Awards in 1997, and the Press remains active, with seven Press authors, and an annual conference that brings together LGBT writers of color from around the world.

Needless to say, the collaboration between Moore and McClodden — both black lesbian media power houses —  is sure to create a documentary LGBT communities of color all across the country (and the world) can be proud of.

According to the National Gay and Lesbian Task Force, though there is little data on LGBT people in general, “data on LGBT seniors are particularly limited,” as “very little literature examines the lives of older LGBT people, and that which actually does exist has many limitations.” It doesn’t take a research study to infer that information on Black lesbian elders — and the preservation of the histories they’ve lived collectively — does not exist, and is currently being lost as they continue to age and pass on.

Black lesbian communities across the country will do well to support Moore and McClodden (and any other black lesbian media makers working to highlight the marginalized voices within their communities), as it is through films like the Untitled Black Lesbian Elders Project, that the voices of these elders will be heard and their history preserved for future generations.